Want to get your photos into the climate march twitter feed, as well as retweeted by national UU Twitter accounts?  Here are two tips.

1. Tweet your photos and include one or more of  the following hashtags.

Including these hashtags will insert them into the top twitter streams for this event.  People will see tweets with these hashtags even if they aren’t following you.

A great way to get great Unitarian Universalist climate photos retweeted by national UU accounts, including mine, is to tag our accounts in your Twitter photos.

When you add a photo to a tweet via the Twitter app, before you send it,  you can click a link below the photo to say who is in the photo.  You can tag up to ten users in photos this way.

In addition to tweeting your photos, make sure to add them to this national UU shared Google Photo album.

Below is a screenshot of my iphone with a photo being tagged. 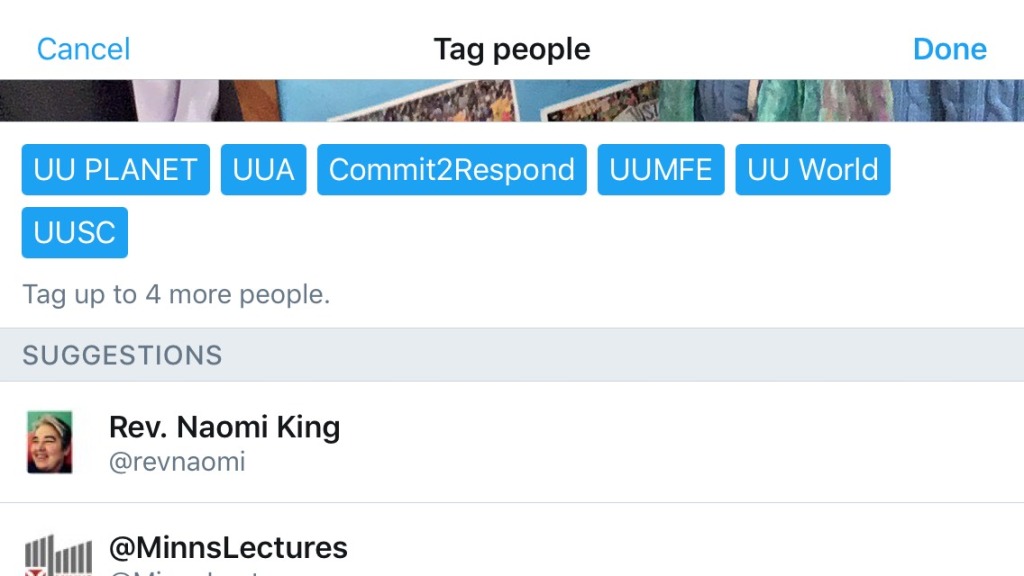